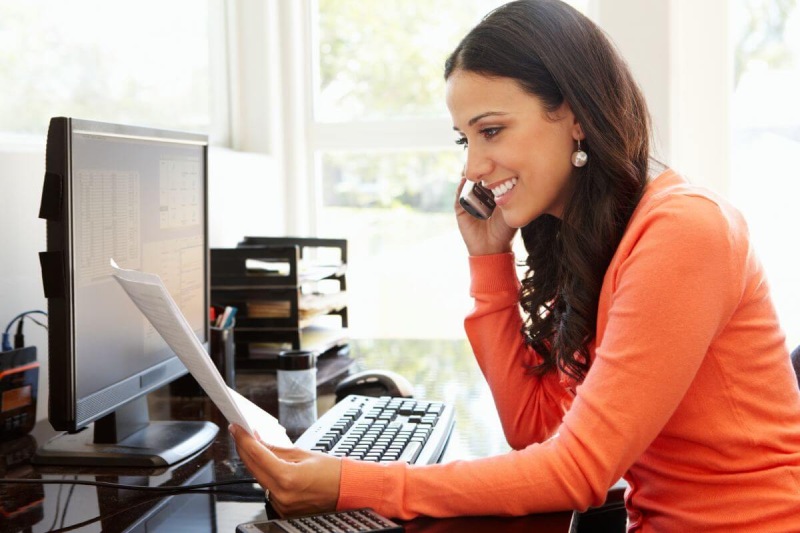 A lot of Louisville people say, “more money, more problems.” While that saying is partially true, I think a lot of us would be only too happy to get a little more green in our bank accounts considering the current inflation situation.

Especially those working for minimum wage.

The low bar for wages, coupled with a desire for more flexibility in the work environment (and more joy in the daily grind), has made “The Great Resignation” last longer than many expected.

It’s also made the idea of independent contracting (aka side-hustling) become more palatable.

Furthermore, some current employees are being presented with this “option” by their dollar-stretching employers looking to save on employment taxes … and sometimes they/you are being pressured into a wrong classification, in the midst of an unethical tax dodge on the part of the employer.

Before I dive into all that though, we know you’re trying to make your dollars stretch in the midst of it all. And that’s why we’d love to take a look at your 2022 tax liability and help you make a plan to reduce your tax burden – BEFORE it’s too late. Sorting things out now will ensure things work more in your favor come filing time:
502-964-5000

Now, making a choice between being an employee or doing some independent contracting (assuming everything is on the up and up) means you’ll have to take into consideration the pros and cons of both. Good thing I’m talking about that today…

Contracting or Employee – How Louisville Job Seekers Decide
“Economic independence is the foundation of the only sort of freedom worth a damn.” – H. L. Mencken

The grass is always greener in work life, and both “employee” and “independent contractor” offer plusses and minuses.

What’s involved in being one or the other – especially when it comes to money?

Before we get into the everyday money issues, let’s look at the definitions of the two kinds of workers. Here’s how the IRS classifies them:

Contractor – “People such as doctors, dentists, veterinarians, lawyers, accountants, contractors, subcontractors, public stenographers or auctioneers who are in an independent trade, business, or profession in which they offer their services to the general public are generally independent contractors.”

Another rule is that the boss can dictate to an independent contractor the desired result of the work but not how it will be done and where.

Employee – If you are somebody’s employee, you’re probably painfully aware that taxes get taken right out of your paycheck – the FICA, or Social Security tax, and Medicare and income tax withholding. Usually, you also get some perks on the boss’s dime. In exchange, the boss controls not just the results of your job but how and where you do it.

We realize that in many work situations a boss is clearly treating somebody like an employee but not carrying an employer’s share of the burden of taxes and paying for benefits (Uber’s gotten into some trouble over this lately). Employer misuse/abuse of these classifications costs workers big time in Social Security and other protections FICA pays for. The U.S. Department of Labor is working on a final rule to clarify who’s an independent contractor and who isn’t.

Beware of bosses who try to blur the line.

The good and the not-so-good

What are other costs and benefits of one type of work status over another?

Employee: The first major plus – aside from a steady paycheck, and even that may come in second – is subsidized health insurance. The average price of health insurance for a middle-aged, healthy individual is almost seven grand a year. If an employer helps with even half of that, it’s like extra money you should add to your yearly pay.

Other typical advantages of being an employee: paid sick leave and holidays; fixed hours; and more backstop if you lose your job (unemployment payments). Other perks like paid tuition are also becoming more common and employers often offer retirement plans such as 401(k)s and will, after a while, match the money you put in.

Nothing’s perfect, though. Your wages and job security are largely in the hands of somebody else at a full-time gig. And if you take the standard tax deduction, you generally can’t itemize. Some have said that you actually pay more tax as an employee.

Independent contracting: You set your own hours and, as much as you can sell it, secure your own raises by asking for and getting more money per job. On the flip side, you have to provide your own health insurance (unless you can be on someone else’s policy) and calculate your own taxes.

You file returns every calendar quarter (mid-month in January, April, June, and September), plus your annual tax return. This is your income tax as well as your self-employment (SE) tax. (Here’s theform, by the way, and we’re happy to help you with this.)

A good rule is to send about a third of your quarter’s income to the IRS and your state tax authorities – and failing to budget for this is a bad idea. You’ll be hit with penalties and interest if you fall too far short in your SE taxes.

At April filing time, though, you get to add up all the additional deductions you can get as an independent contractor; these lower your reported income and your SE taxes, too. You can deduct costs of supplies, some professional services, business use of your home or car, travel, and others.

Note that you need excellent records and that these deductions change a lot, so checking with us (or even having us take care of things for you) is a good idea.

It’s hard to decide which way you want to go when it comes to income, and truthfully, it can be dependent on where you’re at in your life. Sometimes Louisville people who do independent contracting for years end up getting a 9-5 gig just to be able to make fewer decisions and focus on other life pursuits. Other times, people are tired of the restrictions and expectations of being an employee and want more flexibility or space to grow.

Whatever path you choose, the one thing we can guarantee is that we’ll be here to help you with the tax side of things and make sure you get all that’s owed you by the IRS:
502-964-5000